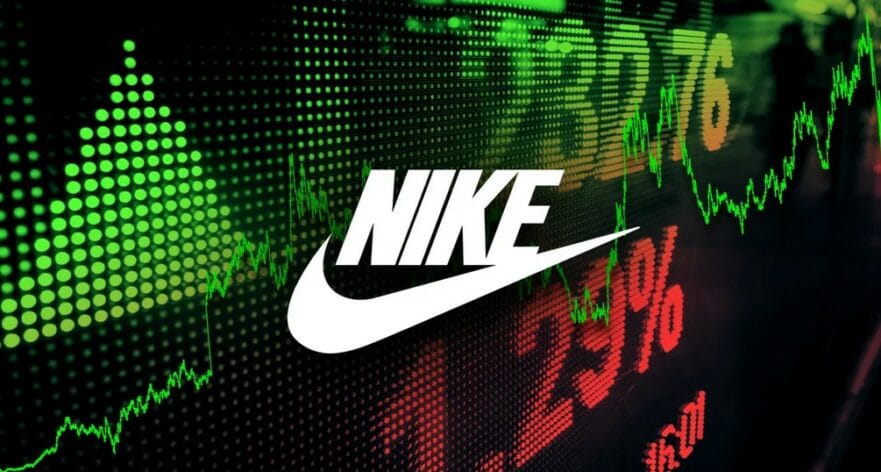 The US sporting goods manufacturer Nike benefited decisively from the reopening of shops in the corona pandemic in the past quarter and beat expectations.

The group almost doubled its turnover in the fourth period – fuelled by wholesale. At the same time, the company returned to the profit zone. Known primarily for its athletic shoes, the company posted a profit of $1.51 billion as of 31 May, following losses of $790 million a year earlier. Nike earned an adjusted 93 cents per share after a loss of 51 cents in 2020. Analysts had expected earnings per share of only 51 cents. Revenues rose to 12.34 (previous year 6.31) billion dollars – the market estimate had been only 11 billion dollars. Direct sales climbed by 73 per cent to 4.5 billion dollars, and online sales increased by 41 per cent.

In the fourth quarter of the 2020/21 financial year, which ended at the end of May, global revenues almost doubled year-on-year. The North American business was the main driver. The biggest increases were in sportswear. The world’s largest sporting goods manufacturer thus clearly exceeded market expectations. Nike benefited greatly from the end of many corona restrictions in the USA. The world’s largest sporting goods manufacturer is also currently gaining momentum as many sporting events in the United States and Europe resume with the lifting of the relaxations. Now the company’s top management is also optimistic about the medium term.

The shares jumped to a record high of 154.59 US dollars and were still up 15.53 per cent to 154.35 dollars by the close of trading. This made them the favourite in the Dow Jones Industrial today.

Nike’s strong jump in sales in North America drove the share price to unprecedented heights on the previous evening and pulled the papers of Adidas and PUMA up on Friday morning.

Strong demand in the North American and European markets virtually set the stage for similarly encouraging quarterly reports from Adidas and PUMA in the coming weeks, commented analyst James Grzinic of US bank Jefferies. He titled his analysis “Crikey Nike! – “My goodness, Nike!” Sales in the months’ March to May were 10 per cent above market expectations. Wholesale, in particular, has picked up enormously, after deliveries had been delayed in the third quarter.

However, it is difficult to extrapolate Nike’s growth rates to those of Adidas and PUMA, Grzinic cautioned. This is because the current consensus estimates for the two German competitors are far below the values reported by Nike the previous evening. This is even more true for Adidas than for PUMA. Nevertheless, Nike’s performance is evidence of a strong increase in demand worldwide, from which Adidas and PUMA are also likely to benefit.

Adidas rose at the top of the Dax by more than 6 per cent to its highest level since the beginning of 2020. PUMA’s gain was somewhat smaller at 2 per cent, but the share price nevertheless climbed to a record high and at times surpassed the €100 mark for the first time.

In the last quarter, the US company’s turnover rose by around 29 per cent to 22.6 billion dollars. In the fourth quarter, the bottom line was a profit of 1.87 billion dollars after losing 334 million dollars a year earlier. FedEx continues to play an essential role in the delivery of corona vaccines, among other things, emphasised company boss Frederick Smith when presenting the figures after the US stock exchange closed on Thursday.

Although the figures exceeded market expectations, the share price fell by 3.42 per cent to 292.58 US dollars in trading on the NYSE. The rival of UPS and Deutsche Post DHL qualified its forecasts by saying it still could not accurately quantify pending accounting adjustments to its pension plan.

The shares of the Dresden-based online bicycle retailer BIKE24 have increased slightly at their stock market debut. The first price on the Frankfurt Stock Exchange was set at 15.30 euros on Friday. Subsequently, the share price rose temporarily to €15.78, 5.2 per cent above the issue price. The high for the day so far is 16.01 euros. The shares were issued at 15 euros at the lower end of the price range, which reached 19 euros. The issue volume amounts to 322 million euros, of which 100 million will go to the company itself.

BIKE24 wants to use the fresh money to finance its expansion into other European countries such as France and Italy. With the IPO, the US financial investor Riverside halves its stake to 35 per cent, with just under half of the shares in free float.