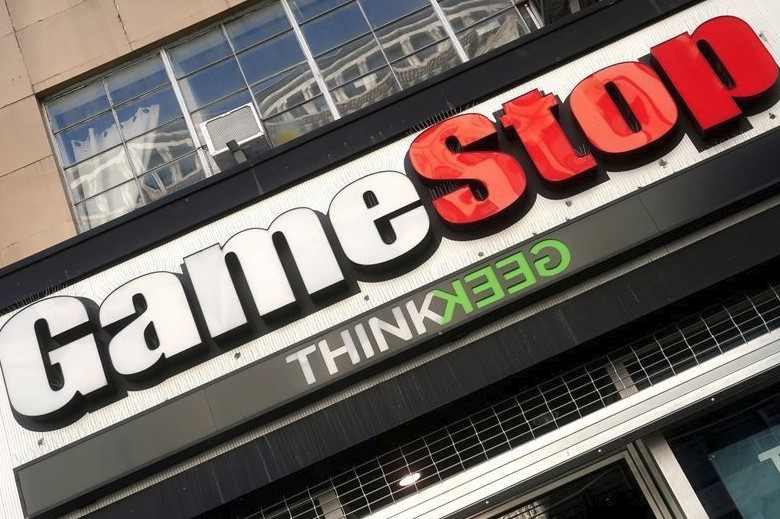 The rapid share price rally of the troubled computer game retailer GameStop entered a new round on Wednesday. Thus, the hunt for short-sellers continues, pushing GameStop shares to astronomical heights. Thanks to the continued massive interest of speculators in the shares, they recently soared by 106 per cent to 304.98 US dollars. In the meantime, it even went up to 380.00 US dollars.

Due to concerns about economic difficulties, GameStop shares were still available in 2020 at a record low of 2.57 dollars. But since mid-January, the shares have only known one direction – upwards.

GameStop is one of the shares that has recently been the subject of much discussion on the online platform Reddit. Some users are talking to each other about buying shares, for example, to force professional investors out of the market who have speculated on falling prices. They are to be forced into covering purchases in order to trigger a “short squeeze”.

According to the manager Gabe Plotkin’s statements to the television station CNBC, his hedge fund Melvin Capital has wholly closed the short position in GameStop after heavy losses. Meanwhile, Plotkin rejected speculation about severe financial problems. They had arisen after becoming known that other hedge funds had helped Melvin Capital with almost 3 billion dollars.

Currently, the hedge funds opponents, which are betting on falling prices, seem to have longer leverage. Private investors are joining forces to achieve success in the stock market is not a new phenomenon. For years, there have been social trading platforms on which users exchange ideas to develop joint buying ideas. With the recent rapid increase in the importance of social networks, however, many new opportunities have opened up for investors to communicate with each other; moreover, their buying decisions are increasingly reflected in share prices.

In the case of GameStop, Tesla CEO Elon Musk, who is very present on the short message service Twitter, is said to have fuelled the recent rally with a tweet about GameStop and a link to Reddit users. Musk’s tweets about Tesla are reaching a large following and have often moved the electric car maker’s share price massively.

Meanwhile, analysts everywhere warn that the massive share price increase has nothing to do with reality. Among the sceptics is Michael Burry, founder of the hedge fund Scion Capital, made famous by the film “The Big Short”. Burry is himself invested in GameStop and, according to the online business magazine “Business Insider”, is also said to have earned a lot from the rocketing share price. Now Burry said, “The manic rally has gotten out of control.” The price rise was “unnatural, crazy and dangerous”.

Stock market expert Jens Rabe said the soaring GameStop shares were damaging the stock market’s reputation, as the operation was perceived as “gambling”. Also, he said, it should have regulatory consequences. “With criminal energy, people could come up with the idea of deliberately provoking such events again and again – there are enough small shares that can be abused as a plaything and enough social networks to coordinate such actions.” The GameStop case would be cited as a reference by such people in the future, and they would convey to investors how easy it is to make money quickly on the stock market.

Interesting, how professionals in the financial markets take a position judging smaller investors…

The world’s largest café chain Starbucks continues to struggle in the face of the Corona pandemic. In the fiscal quarter to the end of December, profits slumped by 30 per cent year-on-year to 622 million US dollars, Starbucks announced on Tuesday after the US stock exchange closed. Revenues fell by almost five per cent to 6.7 billion dollars. Compared to the previous quarter, this is a significant improvement, but most analysts had expected higher revenues.

Like-for-like sales, which receive a lot of attention on the financial market, also fell more than expected worldwide, even though the US home market forecasts and the important China business were slightly exceeded. Chief Executive Kevin Johnson said he was pleased with the results, given the ongoing drag from the corona crisis, and spoke of a continuing recovery.

Starbucks shares closed 6.51 per cent lower at 97.87 US dollars in NASDAQ trading.

US electric carmaker Tesla has managed its sixth consecutive quarter in the black, closing a full calendar year in profit for the first time. In 2020, tech billionaire Elon Musk’s company achieved a net profit of 721 million dollars (595 million euros), as it announced on Wednesday after the close of the US stock exchange. In the previous year, Tesla had to absorb a loss of 862 million dollars. Revenues climbed by 28 per cent to 31.5 billion dollars.

Despite the first annual profit since the company was founded in 2003, the figures did not go down well with investors. Tesla failed to meet expectations in the final quarter. Although Musk’s company managed to make another profit, it was less than the market had expected, at 270 million dollars. Meanwhile, revenues grew by a substantial 46 per cent year-on-year to 10.7 billion dollars, exceeding analysts’ forecasts.

Tesla shares were down 4.56 per cent at 824.73 US dollars in after-hours trading on the NASDAQ.

The iPhone manufacturer Apple has also opened its books and reported on the business development in the past quarter.

Revenue rose to 111.4 billion dollars, cracking the 100 billion mark for the first time. Expectations for the new iPhone models are high. For the current second quarter, analysts expect growth in turnover of almost 30 per cent to 74 billion US dollars. Apple did not give a forecast.

The Apple share, which is listed on the NASDAQ, temporarily lost 0.34 per cent to 141.58 US dollars in after-hours trading after the figures’ presentation.

Microsoft significantly exceeded expectations in the past quarter, mainly thanks to its strong cloud business. Sales rose by 17 per cent to 43.1 billion dollars in the second financial quarter, which ended at the end of December. Analysts had instead expected around 40 billion dollars. Profits jumped 33 per cent year-on-year to 15.5 billion dollars, as the software giant announced after the US stock exchange closed on Tuesday.

In the “intelligent cloud” division, revenue grew by 23 per cent to 14.6 billion dollars in the past quarter. A key factor in this was a 50 per cent increase in business for the Azure cloud platform, with which Microsoft competes with Amazon and Google (Alphabet C (ex Google)). The number of private customers in the Microsoft 365 subscription offer rose from 37.2 to 47.5 million within a year.

There was a 40 per cent jump in revenue from the Xbox games console business in the Windows and hardware segment, which saw the release of a new model. Windows revenues increased by 10 per cent. For many sub-sectors, Microsoft only mentions the changes, but not the amount of income. Revenues with the tablets and notebooks of the in-house Surface series increased by 3.5 per cent to a good two billion US dollars.

In the last year, it has become evident that a second wave of digital transformation is imminent, which will affect every company and every industry, Microsoft CEO Satya Nadella said. For the current quarter, Microsoft expects further growth.

After being up for a long time, Microsoft shares had to bow to the overall market pressure in the course of trading on the NASDAQ and even slipped briefly into negative territory. By the closing bell, however, the stock had gained 0.25 per cent to 232.90 US dollars.