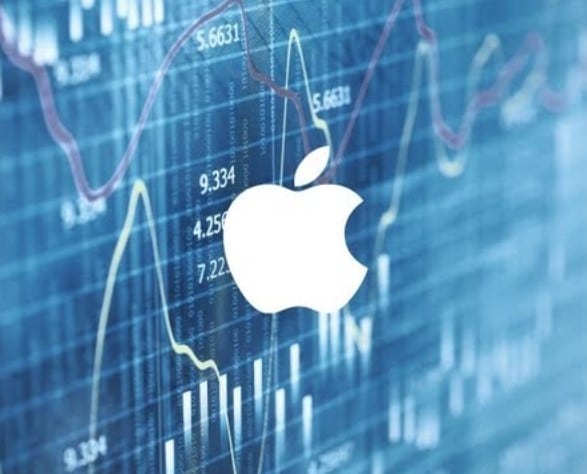 The third quarter has once again ended with an increase in sales and earnings for the technology giant Apple.

After the quarterly results presentation, Apple shares were little changed in NASDAQ after-hours trading, with only a marginal gain of 0.50 per cent to 147.48 US dollars.

Mobile payment service Square is targeting crypto investors as customers by developing a hardware wallet to offer them a “supported self-storage” option.

Anyone who wants to acquire cryptocurrencies needs a so-called wallet – this is comparable to an electronic wallet. However, there are various options for safekeeping. On the one side, it is possible to set up a wallet quite easily at a crypto exchange, but this can also fall victim to hacker attacks or fraud. It is safer to use a hardware wallet because users store their private keys and crypto-assets themselves. However, this method is still not considered very user-friendly, which is why digital assets are often in blockchain-secured software wallets.

This is where Jack Dorsey, CEO of Twitter and the financial services and mobile payment company Square, wants to start to improve the popularity of cryptocurrencies: “Custody doesn’t have to be all or nothing. We can simplify custody for users by enabling ‘assisted self custody. For this to be adopted, we need a great product design. It needs minimal installation time, the ability to use existing devices for it, and end-to-end capability,” “Cointelegraph” quotes the well-known bitcoin fan.

Recently, Dorsey confirmed on Twitter that Square, which already has terminals and readers for card payments on offer, is now looking to release a physical device that stores Bitcoins: “We’re doing it. #Bitcoin” read his retweet of senior hardware developer Jesse Dorogusker’s announcement.

Dorogusker explained that they want to make bitcoin storage suitable for the mass market. Therefore, Square’s hard wallet, which will initially focus on the world’s most popular cryptocurrency, Bitcoin, will primarily be designed for mobile use and will enable “supported self-custody”.

The tech giant Alphabet posted a significant increase in revenue and earnings in its second financial quarter. Earnings per share rose sharply from 10.13 US dollars to 27.26 US dollars after experts had previously expected EPS of 19.33 US dollars.

Alphabet shares traded 2.22 per cent higher at 2,796.69 US dollars in after-hours NASDAQ trading.

Despite the good figures, Microsoft shares were weaker in the after-hours trading on the NASDAQ and lost 2.40 per cent to 279.65 US dollars.

Starbucks back in the black

In the second quarter, Starbucks was able to achieve earnings per share of 0.77 US dollars. In the same quarter of the previous year, the company posted a loss of 0.460 US dollars per share due to the restrictions caused by the Corona pandemic. Analysts had expected the company to post EPS of 0.776 US dollars. Revenues also improved, rising from USD 4.22 billion to USD 7.24 billion, roughly in line with analysts’ estimates of USD 7.27 billion.

Starbucks shares were down in after-hours trading on the NYSE after the presentation of the figures, losing 2.12 per cent to 123.36 US dollars.

After a challenging first quarter, Deutsche Börse returned to growth in the second quarter. Both Deutsche Börse’s net revenues and results increased strongly, even though consolidation effects played a role. The exchange operator confirmed its outlook for the current year.