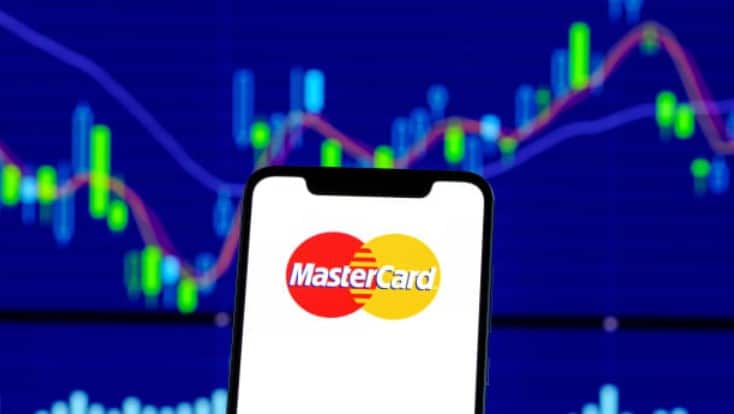 Mastercard shares rose 3.5 per cent. The credit card provider exceeded market expectations in the fourth quarter with a net profit of 1.6 billion dollars. Although the travel business slumped in the corona pandemic, the retail sector’s growth in contactless payments mitigated the decline.

However, fourth-quarter profits fell 15 per cent year-on-year to 1.8 billion dollars, the Visa rival said on Thursday. Revenues fell by seven per cent to 4.1 billion dollars.

For the whole of the past financial year, MasterCard’s profits slumped 21 per cent to 6.4 billion dollars. Revenues shrank by nine per cent to 15.3 billion dollars. Like its competitors Visa and American Express, MasterCard earns money from fees for payments with credit cards, so that consumer restraint is strongly felt in times of crisis.

The MasterCard share price was last seen up 3.73 per cent at 327.26 US dollars in NYSE trading.

The Tübingen-based biotech company CureVac wants to raise up to 517.5 million US dollars to develop its Corona vaccine with its announced capital increase.

CureVac set the price for the up to 5.75 million new shares at 90 US dollars on Thursday. That is a discount of almost five per cent to the stock’s closing price on the US technology exchange NASDAQ on Wednesday. The price had already come under pressure after CureVac announced the capital increase last week.

According to the prospectus, the fresh money will be used to finance the third and decisive phase of the approval studies for the mRNA-based vaccine CVnCoV. According to earlier information, CureVac is still several months away from approval. Besides, CureVac wants to expand its vaccine production to produce the first doses even before approval. The company recently allied with pharmaceutical giant Bayer for marketing.

The share issue – the first since the IPO in August 2020 – is expected to be completed by Monday. It is being led by the investment banks Bank of America, Jefferies and Evercore ISI.

In NASDAQ trading, CureVac shares temporarily lost 9.62 per cent to 85.40 US dollars.

McDonald’s suffered in the fourth quarter from the lockdowns and corona-related restrictions in Europe. Worldwide, net profit fell by over 12 per cent to 1.38 billion US dollars. The fast-food chain’s sales fell by about 2 per cent to 5.31 billion dollars. McDonald’s shares closed almost unchanged.

The quarterly figures reflect sales declines overseas due to the rise in Covid 19 cases and government restrictions, McDonald’s said. The group also reported increased expenses related to restaurant closures and its commitment to the Ronald McDonald House children’s charity.

McDonald’s shares were trading 0.47 per cent higher at 207.97 US dollars on the New York Stock Exchange.

AAL with another quarterly loss

The US airline American Airlines has suffered another sizeable quarterly loss at the end of the year. In the three months to the end of December, the company reported a net loss of 2.2 billion dollars in Fort Worth, Texas, on Thursday. In the same period of the previous year, there had been a profit of 414 million dollars. Turnover slumped by 64 per cent year-on-year to 4.0 billion dollars.

“Our fourth-quarter financial results conclude the most challenging year in our company’s history,” said CEO Doug Parker. In total, American Airlines had to absorb a loss of 8.9 billion dollars in 2020; in the previous year, the airline had still earned 1.7 billion US dollars. Revenues fell by 62 per cent. At times, the corona crisis brought air travel to a virtual standstill and the airline industry into financial distress.

In NASDAQ trading, American Airlines shares temporarily climbed 9.45 per cent to 18.13 US dollars.

The energy supplier Uniper wants to grow further in the Asian market. To this end, the company reports it has commissioned the new liquefied natural gas tanker “LNG Rosenrot” in South Korea as the first charterer under a transport service contract for several voyages.

The subsidiary of Finland’s Fortum Group said the LNG business is one of its strategic growth areas and has been growing strongly in recent years. According to the statement, in 2020, the number of cargoes rose from 134 to 225, with Uniper trading around two-thirds of its LNG volumes in the Asia-Pacific region alone. “In the course of the further significant decline in Europe’s production of natural gas, the import demand for natural gas will increase significantly in the next few years,” Uniper CEO Niek den Hollander said confidently.