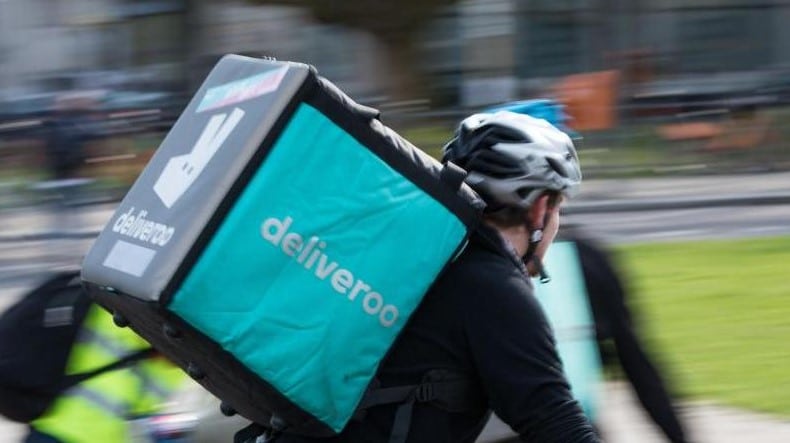 Deliveroo comes to the stock exchange

The British food delivery service Deliveroo is in the starting blocks for its largest IPO in London in a decade. Demand is enormous, and the order books are well filled across the price range, a company spokesman said on Monday. Deliveroo had reduced its price range to £3.90 to £4.10 per share from £3.90 to £4.60 previously, citing market fluctuations. The company could be valued at around 8 billion pounds in the new issue targeted for Wednesday. That would put Deliveroo behind mining group Glencore, which celebrated going public in May 2011.

The company will not initially enter the UK’s FTSE select index. According to insiders, William Shu, Deliveroo’s founder, exercised caution with the price range after the recent tepid debut of Trustpilot, an online rating platform similar to cloud computing provider DigitalOcean. Amazon has already announced that it will use the Deliveroo IPO to scale down its stake.

Deliveroo competes with JustEatTakeaway.com, among others. The company, known for its turquoise hot boxes, also operated in Germany but withdrew again already in 2019 because of fierce competition. Similar to Just Eat and Delivery Hero, Deliveroo is benefiting from increased demand from closed restaurants in the Corona crisis. Gross merchandise volume – the value of goods sold – climbed by around 64 per cent to 4.8 billion euros in 2020.

Stronger competition is threatening the established providers on the Spanish telecoms market: the fourth largest provider, Masmovil, wants to swallow the number five Euskaltel in a multi-billion deal. Masmovil wants to pay 11.17 euros per share of its smaller rival, which would be a total of 2.1 billion euros, according to a statement to the Madrid stock exchange on Sunday evening. Euskaltel’s three largest shareholders, who together own 52 per cent of the shares, have already agreed to the offer, according to the statement. Euskaltel’s management is currently reviewing the offer, the company said. Euskaltel shares rose 16 per cent to 11.12 euros after the start of trading on Monday.

Masmovil is on the hunt for customers in the low-price segment of the highly competitive Spanish market, competing primarily with the French and British telecoms giants Orange and Vodafone, which are also strong in the country. But even the top dog Telefonica, which is mainly geared to the high-price market, has recently lost ground in its home market. A stronger consolidation of the Spanish market has been speculated again and again.

Masmovil’s offer still has to be approved by the authorities. Masmovil also wants to acquire at least 75 per cent of the shares in Euskaltel.

The takeover bid moved the share prices of some telecoms groups strongly on Monday. Euskaltel shares jumped more than 16 per cent to 11.14 euros on Monday. While the Orange share price was unimpressed by the latest developments with a recent plus of 0.9 per cent, Vodafone’s shares fell by almost 2 per cent. Telefonica even sank by 4 per cent.

US carrier Southwest Airlines Co has placed a significant order with aircraft manufacturer Boeing. The airline announced that 100 737 Max 7 aircraft would be ordered. The first 30 aircraft of the type would be delivered in 2022.

Part of the agreement is for Southwest to convert its order for 70 Max 8 aircraft into Max 7s. The airline also secured 155 options for MAX 7 or MAX 8 aircraft from 2022 to 2029, with an unchanged 28 Max 8s to be delivered this year.

Boeing shares ultimately climbed 2.29 per cent to 250.47 US dollars in trading on the NYSE.

Default of US hedge fund burdens Credit Suisse & others

According to insiders, a default by the US hedge fund Archegos Capital threatens several big banks dearly. Credit Suisse warned on Monday of potentially high losses after a major US-based hedge fund failed to meet demands for additional funding from the Swiss bank last week. Credit Suisse and other institutions are now withdrawing from their positions. The reason: the difficulties of an important US hedge fund caused unease throughout the banking industry. On Monday, the Swiss bank announced that the fund had not met the margin calls of Credit Suisse and some other big banks last week.

According to various international financial media, the US hedge fund is Archegos Capital, which Bill Hwang founded. Hwang is notorious for the machinations at his former hedge fund Tiger Asia. In the year 2012, Hwang and Tiger Asia pleaded guilty to short-selling Chinese stocks and manipulating their prices in exchange for a double-digit million fine. Against this background, the question inevitably arises as to why large banks such as Credit Suisse or Deutsche Bank entrusted Hwang with their money in the first place. According to the news agency Bloomberg, Archegos had to sell shares worth more than 20 billion dollars on Friday because of margin calls. The Wall Street Journal even reported sales worth 30 billion dollars.

Although it was premature at this stage to quantify the exact size of the loss from the forced exit, it could be “very significant and material” to first-quarter earnings, it said. Japanese investment bank Nomura put its loss at two billion dollars. Deutsche Bank stated in the afternoon that it had not suffered any losses.

Nomura and Credit Suisse shares fell massively in the wake of the news.