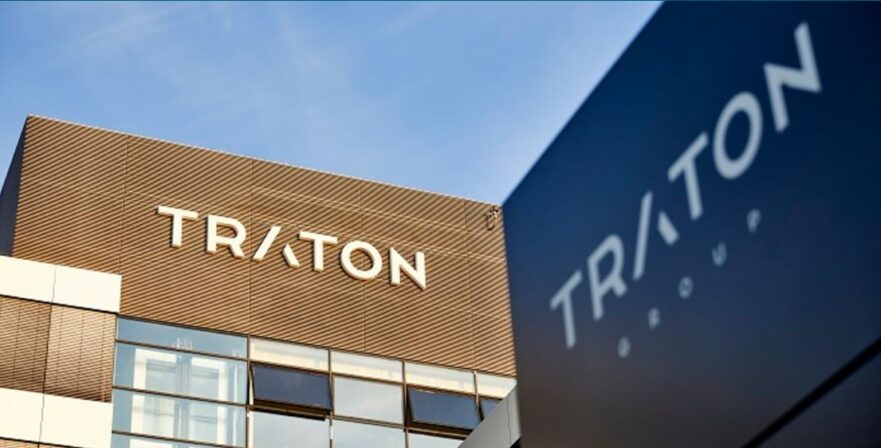 TRATON gets a new boss

The Volkswagen commercial vehicle holding company TRATON is getting a new boss. The current boss, Matthias Gründler, is leaving the company prematurely this week and will be replaced by Christian Levin, the former head of the Swedish truck manufacturer Scania. TRATON supervisory board chairman Hans Dieter Pötsch said on Wednesday evening that the 54-year-old Levin was a strong leader. “He has my full support to shape the path to stronger profitability and growth.”

Next to Gründler, CFO Christian Schulz is also leaving TRATON by mutual agreement, the Munich-based firm announced. He will be replaced by Annette Danielski, who previously headed group finance at TRATON and thus worked below the chief financial officer. Levin will also remain Scania chief executive. He and the 56-year-old Danielski are to take up their new posts at TRATON on Friday.

TRATON is listed on the stock exchange individually but is majority-owned by the Volkswagen Group, which has bundled truck brands including Scania, MAN and US manufacturer Navistar under the Munich-based company’s umbrella. Under Gründler, TRATON agreed last year on the takeover of Navistar, a competitor of the Daimler subsidiary Freightliner. His fellow board member Schulz had played an essential role in TRATON’s IPO in 2019. Gründler now explained that they had been able to implement the strategy of a “global champion” faster than expected. “Now it’s about leading TRATON into a sustainable future beyond conventional business models and ways of thinking.”

The future TRATON boss Levin reported that he would present a comprehensive plan by the end of the year, citing, for example, the trend towards electric vehicles, the integration of Navistar and further investments in China. In addition, more money is to be saved through modularisation. The VW Group is pursuing this strategy for their passenger cars as well. The new CFO Danielski also announced that one of her first tasks would be the complete integration of Navistar.

One construction site for the managers is likely to remain the weakening subsidiary MAN: The company is to be repositioned to construct e-vehicles. Three thousand five hundred jobs are to be cut in Germany.

The office leasing company WeWork is making a second attempt at a stock market listing – but after the failed IPO about two years ago, the company is now choosing a different path.

In April 2019, the office space provider WeWork announced its intention to go public – around half a year later, the company backed out and put the plans for an IPO on hold. This was the company’s reaction to the lack of investor interest because although WeWork was one of the most valuable start-ups and had a valuation of 47 billion US dollars, investors and small investors were not convinced by the loss-making business model. In addition, the company’s co-founder and chief executive, Adam Neumann, also came under massive fire. Investors mocked the manager’s power, and the major Japanese investor Softbank, in particular, pushed for Neumann’s eventual expulsion. Softbank itself also suffered financially from the debacle, as the investor’s stake in WeWork was massively devalued due to the events, and even the IPO cancellation could not prevent this.

After the group had made cuts to its workforce in the past and laid off thousands of employees, and at the same time sold off several company subsidiaries, the IPO is now to be carried out via a SPAC. A merger with the SPAC BowX Acquisition Corp. paves the way for the IPO. On 19 October, the shareholders of the SPAC will vote on the plans, as both companies announced. Just two days later, on 21 October, WeWork shares are then expected to start trading on the NYSE under the symbol “WE”.

BowX, whose advisors include US basketball legend Shaquille O’Neil, could benefit from the news. BowX shares reached an all-time high of 14 US dollars in April when the planned merger with WeWork first became a topic. The share price is currently trading around the 11-dollar mark.

The smartphone bank N26 has to pay a fine of 4.25 million dollars to the financial supervisory authority BaFin due to a deficient anti-money laundering policy. The Berlin-based start-up had been accused of not following up suspicious cases decisively enough. N26 admitted that it had filed “less than 50 suspicious money laundering reports” with BaFin in late 2019 and 2020.

US electric carmaker Lucid says it will start delivering luxury cars with a longer range than Tesla to customers from the end of October.

“We’ve freed customers from range anxiety,” Lucid CEO Peter Rawlison said at Tuesday’s production launch in Arizona. “The next big hurdle is the cost efficiency of electric cars. We need to bring the cost down.” The company has announced plans to increase capacity at the plant to 90,000 vehicles a year over the next two years.

The first vehicle to roll off the production line will be the top-of-the-line Lucid Air Dream Edition model, priced at $169,000, followed by less expensive models. The relevant US authority has certified a version of the Air Dream as having a range of 837 kilometres per battery charge, over 100 miles more than the comparable Tesla Model S. Tesla CEO Elon Musk had most recently stated that his company was backing away from a vehicle with a range of 520 miles.

The challenge for Lucid now is to get a handle on its production processes, said Sam Abuelsamid, an analyst at consultancy Guidehouse Insights. “I think they have a very good car.” Tesla also struggled massively with production difficulties in the early days. Musk had recently admitted that it was challenging to build cars profitably.