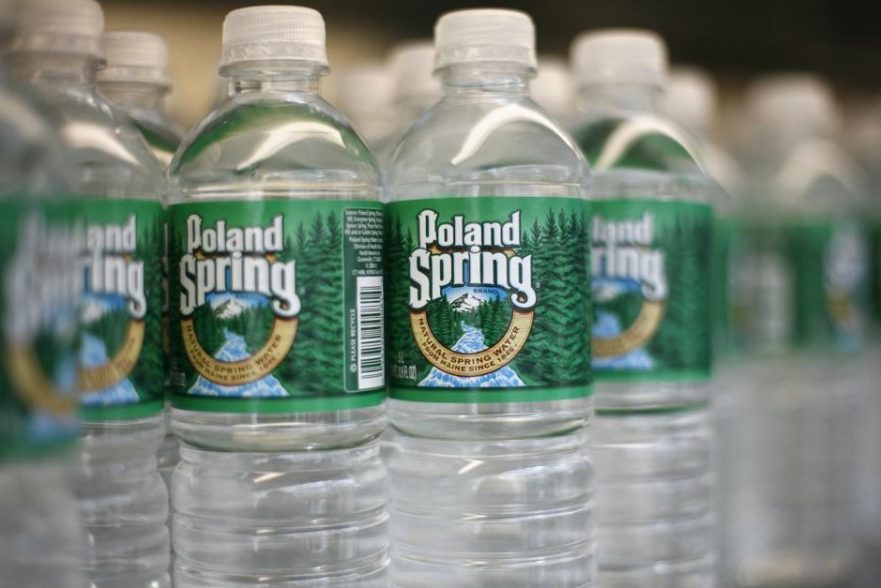 Nestlé has completed the sale of its North American water business announced in February. Nestlé announced on Wednesday evening. As announced at the time, the business is going to US financial investors One Rock Capital Partners and Metropoulos & Co. for USD 4.3 billion.

The transaction included Pure Life, Poland Spring, and many other brands in the US and Canada. The divested businesses generated sales of around 3.4 billion Swiss francs in 2019.

The drugstore and pharmacy chain listed in the Dow Jones performed better than expected in its second quarter. As a result, management is now more optimistic and has raised its forecast for the current financial year. Management now expects adjusted earnings per share on a constant currency basis to increase in the mid to high single-digit percentage range.

In the second quarter to the end of February, adjusted earnings per share were $1.40, down 7.5 per cent from the prior year. This was 7.5 per cent less than a year earlier, but analysts on average had expected even less. Sales rose by 4.6 per cent on a comparable basis to 32.8 billion US dollars, mainly thanks to good business in international retail. The operating profit fell from 1.1 billion to 832 million dollars due to corona. The share price rose significantly on the Nasdaq.

News of a major government contract for the US Army boosted Microsoft shares on Wednesday.

The contract to produce special augmented reality (AR) glasses for the military, known as HoloLens, is taking shape, the software company announced. The deal was announced three years ago. It is now worth a total of around 22 billion US dollars over ten years. The agreement will initially run for five years, with an option for a further five years. The AR glasses are to be manufactured in the USA.

The stock market debut of the delivery service Deliveroo failed in London. The shares slid by almost a third right after the start. In the end, they lost a good 23 per cent to just under 300 pence.

At 390 pence, the issue price was at the lower end of the valuation range. ​Some investors had given up on the idea of investing in a business that they were not fully convinced would make a profit in the foreseeable future, various market analysts explained.

The VW share suffers from profit-taking on Wednesday. A marketing gag by the company is causing a stir in the USA. Volkswagen is to become “Voltswagen” in the USA, VW said.

With the planned change of name to “Voltswagen of America” in May, the German company wanted to underline its intention to become a serious supplier of electric cars in its US rival Tesla’s home country. The Wall Street Journal was the first medium to receive confirmation from the company’s headquarters that the renaming was a premature April Fool’s joke.

One of the major challenges of electric mobility is recycling and using lithium-ion batteries once the vehicles have reached the end of their life cycle. Lucid Motors, a company specialising in electric cars, is tackling this challenge.

According to the technology news portal “TechCrunch”, lithium-ion batteries normally retain around 70 per cent of their energy capacities after they are removed from electric vehicles at the end of their service life and can therefore be used for another decade in a further life cycle, the so-called “second life”. Eric Bach, chief engineer and senior vice president of product at Lucid Motors, spoke about reuse possibilities in an interview with TechCrunch.

Although the first electric car from Lucid Motors is not expected until the second half of 2021, the company is already looking for ways to reuse the vehicles’ used lithium-ion batteries after their initial use. According to Bach, one possible solution would be to recycle the batteries or the still-functioning battery cells in energy storage systems. The company is already investigating this, as Lucid Motors wants to provide energy storage systems for private and commercial customers in addition to electric vehicles. As Bach revealed to TechCrunch, the company has already developed the prototype of a stationary battery storage system with a capacity of 300-kilowatt hours in its technical laboratory.

Lucid Motors is not alone with this idea. Other car manufacturers such as General Motors, Ford and AUDI have already launched Second Life pilot projects.