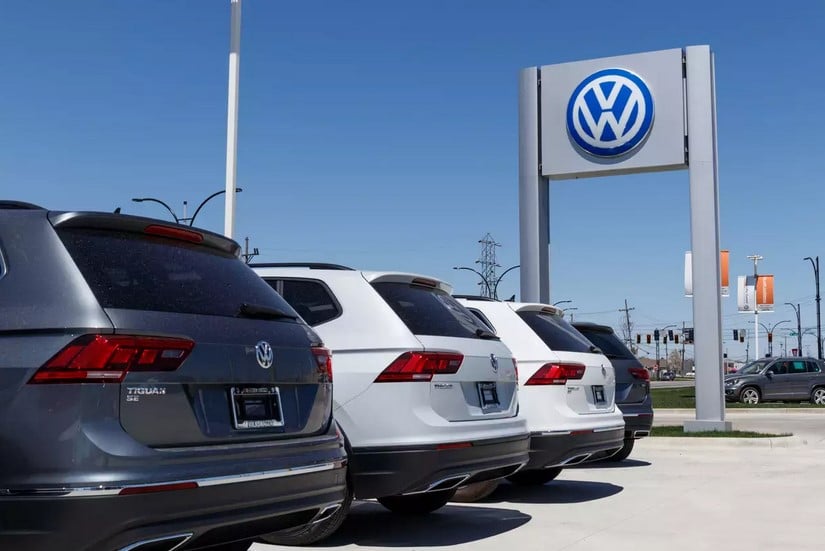 VW advances to the US Supreme Court

Volkswagen is moving to the US Supreme Court in another explosive legal battle over the emissions scandal. The car company filed a petition for review of the case with the US Supreme Court on Tuesday. VW had suffered a stinging legal defeat against the state of Ohio in June, which could possibly lead to further sanctions for systematic emissions manipulation in diesel cars.

The company hopes the Supreme Court will overturn the ruling. VW believes that the fines and compensation have already settled the claims of individual counties and states such as Ohio that the company had to pay for violations of the nationwide US Clean Air Act. VW has already booked costs of more than 30 billion euros because of the emissions scandal – most of it for fines and compensation payments in the USA. However, it is unclear whether the US Supreme Court will deal with the case.

The Volkswagen share was not affected by the news and remained almost unchanged at EUR 200.75.

For years, the US carmaker Tesla has been considered a pioneer of innovative technologies. While the company has concentrated mainly on its electric car business until recently, CEO Elon Musk’s company now wants to tap into a completely new market: The energy sector.

And with success: the electric car manufacturer is now already active as an energy provider in various countries and supplies companies and entire communities around the globe with batteries and suitable electricity tariffs.

As Tesla writes on its corporate website, electricity producers, utilities, and capital partners have the opportunity to trade their electricity independently with this software. The principle is relatively simple: if the electricity supply from wind power or solar energy exceeds the company’s demand, the networked software can buy the surplus electricity and store it temporarily in the widely distributed power walls and electric cars. If the energy is needed later, the system feeds the electricity back into the grid and distributes it to the end customers according to demand. A smart trading platform for electricity that gives customers the opportunity not only to purchase electricity in a climate-friendly way and save costs in the process but possibly even to sell it at a profit.

The tariffs for green electricity are negotiated individually, but, as some customer user reports show, they do not seem to be significantly cheaper than competitors’ prices. Nevertheless, experts are sure: the carmaker will also celebrate great successes as an energy supplier.

Although the electric car business will remain Tesla’s main business, for the time being, the company’s CEO is said to have big plans for the energy sector. According to EFahrer, the production of Tesla’s power walls will be “massively ramped up” in the future so that a nationwide supply of Tesla’s e-power will soon be possible.

According to insiders, the US bank Wells Fargo faces further penalties from the supervisory authorities in a long-running affair involving fictional accounts.

The Office of the Comptroller of the Currency (OCC), which is responsible for banking supervision, and the Consumer Financial Protection Bureau (CFPB) are not satisfied with the progress made in compensating Wells Fargo customers and improving controls, the Bloomberg news agency reported on Tuesday, citing people familiar with the matter. The authorities had told the bank this and threatened possible further sanctions. The scandal has already cost Wells Fargo more than 5 billion US dollars.

New fines would also discredit the new leadership around bank chief Charlie Scharf, who replaced their predecessors in 2019 due to the scandal. Scharf had made it his top priority to satisfy the US authorities. Spokespeople for Wells Fargo, OCC and CFPB, declined to comment.

Wells Fargo had admitted in 2016 that employees opened bank and credit card accounts on a large scale that customers did not authorise for years. Shortly afterwards, the then CEO John Stumpf lost his job. But the US authorities did not cut a good figure in the affair either. The banking supervisory authority later admitted that the control was insufficient and that several opportunities were missed to get to the bottom of the trickery earlier. Although there had already been indications from whistleblowers and media reports years before, consequences only followed from September 2016.

The growth of the US video service Zoom is weakening despite the continuing global trend towards home offices. In the second fiscal quarter, revenue climbed 54 per cent to $1.02 billion. Although it was the first time Zoom broke the billion-dollar mark in three months, growth did not reach the triple-digit rates of the beginning of the Corona crisis. Profits rose to just under $317 million from almost $186 million previously.

After the Corona crisis powerfully accelerated the change in the world of work and triggered a strong trend towards home offices, more and more employees are returning to the office. This clouds the business outlook for Zoom significantly. The Zoom share has suffered considerably.