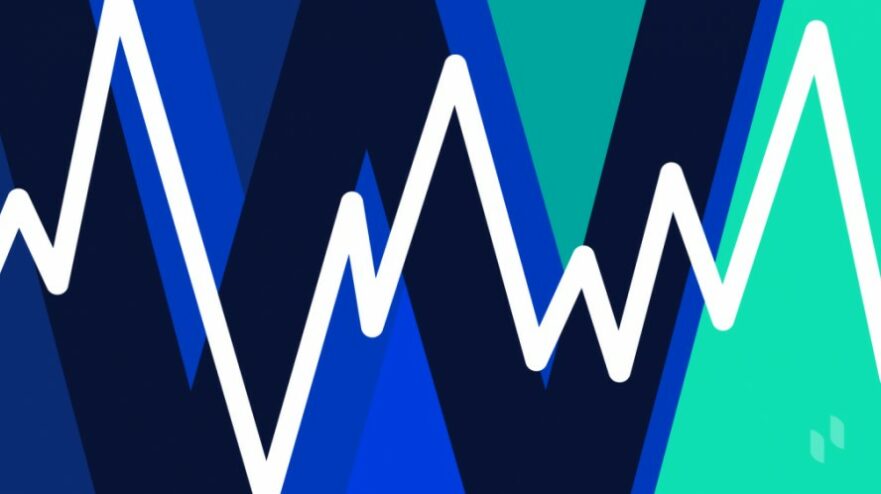 Richard Wyckoff is known mainly because he developed a method for trading in the stock and bond markets in the early and mid-20th century that still works amazingly well today. His approach is rooted in the laws of supply and demand and uses price charts and volume studies to analyse and predict market activity. Much of Wyckoff’s work was inspired by the trading methods of other successful traders (notably Jesse L. Livermore). Today, Wyckoff enjoys the same prestige as other key figures such as Charles H. Dow and Ralph N. Elliott.

In 2002, Technical Analysis of Stocks and Commodities magazine named Wyckoff one of the five titans of technical analysis. He is also known in investor circles as one of the greatest investors of all time.

Why Wyckoff is on everyone’s lips again today has to do with the recent Bitcoin flash crash and the Dow Jones sell-off in 2009. Interestingly enough, the Wyckoff distribution and crashing patterns were repeated in both events to the T.

Wyckoff started his career at the age of 15 as a stock runner on Wall Street, running from one end of Wall Street to the other to hand over securities and make payments for a brokerage firm. In 1888, Wall Street became the de facto financial capital of the world, overtaking London as the global financial centre. At the time, railway and steel companies dominated investor interest, and figures like investment banker J.P. Morgan and steel magnate Andrew Carnegie were omnipresent.

Wyckoff worked his way up to auditor at another brokerage firm and set up his own brokerage office in 1898 at the age of 25. Wyckoff was stunned by the enormous losses of millions who lacked an understanding of risk and a healthy approach to the markets. He set out to counter the vacuum of knowledge by delivering market research to his clients in the form of a daily newsletter. He believed it was possible to judge the coming course of the market by observing the great stock traders like Jesse Livermore, Edward Wasserman, and Morgan based on his behaviour. He told readers that market behaviour simply reflected the plans and objectives of dominant traders/investors.

READ ALSO
Platinum Trading - All you need to know!

In 1907, he converted his market research and communications into a monthly journal and, in 1908, published the first technical analysis method of its kind. In 1911, at clients’ request, he began a weekly forecast, using price/volume charts for analysis. The technique he published in these writings became a runaway success, and his client base grew to over 200 000 by 1928. He transferred the day-to-day business to his associates for health reasons and published his method as a correspondence course in 1931. He called it “the cream of what I have learned in 40 years of active Wall Street experience”.

Although he introduced technical analysis, Wyckoff believed in a rational approach to trading in the markets and emphasised study, practice, risk mitigation and attention to market psychology. In his estimation, mechanical or purely mathematical chart analysis could not compete with sophisticated practical judgement.

The law of supply and demand

The first Wyckoff law states that prices rise when the demand is greater than supply and fall when the opposite is true. This is one of the most fundamental principles of financial markets and certainly not exclusive to Wyckoff’s work.

In other words, Wyckoff’s first law suggests that an excess of demand over supply will cause prices to rise because more people are buying than selling. In a situation where more people are selling than buying, supply exceeds demand, causing prices to fall.

Many investors who acknowledge and follow the Wyckoff method compare price movements and volume bars to visualise the relationship between supply and demand better. This often provides insights into the successive market movements.

The law of cause and effect

Wyckoff applied a unique diagramming technique to estimate the possible effects of a cause. In other words, he developed methods to define trading targets based on periods of accumulation and distribution. This enabled him to estimate the likely extension of a market trend after the breakout of a consolidation zone or trading range (TR).

The law of effort versus outcome

Wyckoff’s third law states that changes in the price of an asset are the result of effort, represented by trading volume. If the price movement is in line with the volume, there is a good chance that the trend will continue. However, if volume and price diverge significantly, the market trend will likely stop or change direction.

For example, imagine that the Bitcoin market begins to consolidate with a very high volume after a long bearish trend. The high volume indicates a significant effort, but the sideways movement (low volatility) indicates a small outcome. So there are a lot of Bitcoins changing hands, but no more substantial price drops. Such a situation could mean that the downtrend may be over, and a reversal is near. This is certainly what we are currently seeing in the cryptocurrency market, where Bitcoin, Ethereum and co’s prices are significantly appreciating.