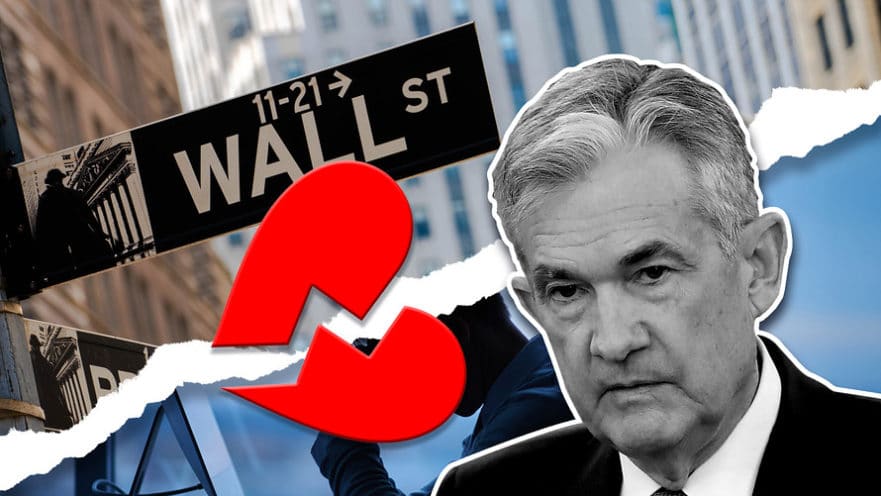 On Wednesday, investors will sound out the situation before entering into new commitments. There is news about the trade dispute between the USA and China. And this afternoon, important signals could come from the Federal Reserve Chair Jerome Powell.

However, the USA’s targets for Wednesday’s trading are not so bad at all. The Dow Jones index had recorded only minimal losses to 26,783 points and the market-wide S&P 500 had even achieved wafer-thin profits. The Japanese Nikkei index is also only slightly down in the morning.

What’s the next step in the trade dispute?

In the trade war between China and the USA, there is useful news in the morning. Counterparties want to make a fresh attempt to find a solution to their ongoing trade war. After U.S. President Donald Trump and China’s leader Xi Jinping agreed to resume trade talks on the sidelines of the G20 summit in Osaka, Japan, at the end of June, negotiators on both sides resumed a telephone conversation on Tuesday evening, the Chinese official news agency Xinhua reported Wednesday.

Meanwhile, investors can also see the effects of the dispute from rather weak Chinese economic data. Surprisingly, producer prices in China did not rise in June. They remained year-on-year, as the statistical office announced on Wednesday. Economists had expected an increase of 0.3 per cent, after a plus of 0.6 per cent in May. This development is giving rise to concerns about a slowdown in production activity.

Federal Reserve Governor in front of U.S. Congress
As far as U.S. monetary policy is concerned, Wednesday afternoon GMT will be exciting. U.S. Federal Reserve Chairman Jerome Powell delivers his semi-annual report on the economic situation to Congress in Washington. The stock market is eagerly awaiting the date – most recently, a strong labour market report had dampened hopes of an interest rate cut by the central bank, which put prices under pressure. Investors are now relying on Powell’s groundbreaking signals.

There is still little movement in the forex and commodities market this Wednesday morning. The euro continues to remain within a narrow trading range of 1.12 dollars. Currently, the common currency costs 1.1207 dollars. There is also still a tendency for oil prices to rise due to concerns about an escalation in the dispute between the USA and the oil country Iran. A barrel of the U.S. grade WTI currently costs 58.67 dollars. A troy ounce of gold is valued at $1,393 in the morning.

(You can trade CFD of Crude Oil with IC Markets, read our review)

The Telekom subsidiary’s shares are included in the S&P 500 U.S. share index. The mobile phone company replaces the software specialist Red Hat, the index operator S&P announced. The change will take effect next Monday. Red Hat is currently being taken over by I.T. service provider IBM. T-Mobile shares rose by 2.7 per cent post-market as a result of news on the U.S. stock exchange.

For the traditional jeans manufacturer Levi Strauss (Levi’s), things did not go as smoothly as expected in the second quarter. Due to the high costs of the IPO, profits fell by 63 per cent year-on-year to $29 million below the line. Levi’s reported a five per cent increase in sales to $1.3 billion on Tuesday after the close of the U.S. stock market, but this was also below the experts’ forecasts. Initially, the annual report did not go down well with investors, with the share temporarily falling by more than six per cent after trading.

Will Airbus soon be the world’s largest aircraft manufacturer?

The class 737 Max, which was banned from flying after two crashes, continues to mess up Boeing’s business. Airbus could use the problems of the Americans to overtake Boeing as the industry leader for the first time in years.

Boeing sold only 90 aircraft in the second quarter – 54 per cent less than in the same period of the previous year. Deliveries of the 737 series fell from 137 to 24 units. The background: Boeing can no longer deliver the 737 Max accident aircraft since take-off bans were imposed worldwide in March. The most recently delivered planes are older 737 models.

On the way to becoming the industry king

One’s sorrow is another’s joy: Boeing’s archrival Airbus is preparing to push the Americans from the throne of the world’s largest aircraft manufacturer. There is a good chance that in 2019, for the first time in years, the Europeans will bring more aircraft to customers than the U.S. group.

In the first six months of 2019, Airbus reported a 28 per cent year-on-year increase in deliveries to 389 aircraft compared to the same period of the previous year. Boeing’s half-year results, on the other hand, show a decline of 37 per cent to 239 aircraft.

Given Airbus’ strong half-year performance, Goldman Sachs remains positive about the share. The U.S. investment bank left Airbus on its “Conviction Buy List” with a price target of 149 euros.

The figures for the first half showed a significant acceleration in A320neo deliveries, analyst Chris Hallam said. This is expected to be good for the rest of the year, and production of this aircraft type is progressing well.