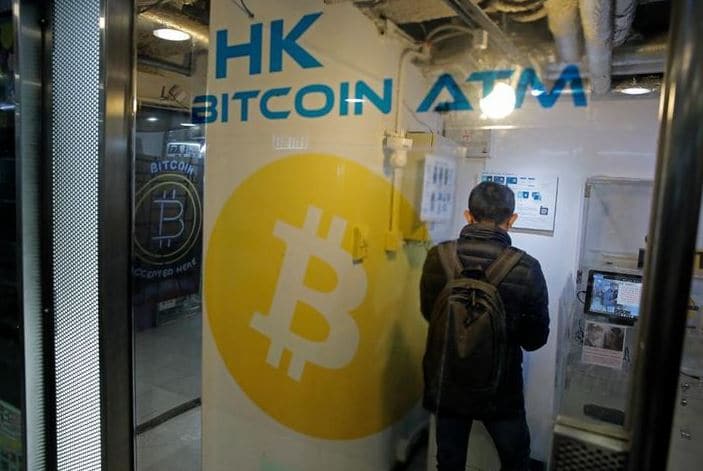 Protests by government opponents have been shaking Hong Kong for several weeks. Given the uncertain situation, the population is stocking up on cash – but this is set to become increasingly scarce.

The protests in Hong Kong have intensified further over the weekend. The country’s police used tear gas against demonstrators. The country’s head of government, Carrie Lam, surprisingly imposed a ban on masquerading, referring to colonial emergency law. However, this further fuelled the situation in the country instead of pacifying it, and now even military intervention by the Chinese is apparently under discussion. “If the situation becomes so bad, no option can be ruled out,” Lam said at a press conference.

The population reacts with a run on the banks. According to the social media, long queues are said to have formed in front of the country’s ATMs over the weekend – some ATMs ran out of money, raising fears of a possible nationwide collapse in the supply of cash.

The central bank was exercising damage limitation, dismissing the reports as “rumours” and pointing to the country’s robust banking system and secure cash supply, which is currently only slightly longer. The protests had, however, led to vandalism in some bank branches, which then had to cease their services, admitted the Hong Kong currency guardians. “Bank customers are advised to use online banking or ATM services as much as possible and to check the status of bank branches before visiting,” wrote the Hong Kong Monetary Authority (HKMA). “Recent incidents of vandalism and arson attacks have seriously affected the use of banking services by the public.”

Trade with the best Best Brokers for Cryptocurrencies

Developments in the country have recently led to a massive increase in interest in cryptocurrencies. More and more Hong Kong residents have exchanged their Fiat money for Bitcoin – in the last week of September alone, the volume rose to 12.3 million Hong Kong dollars, according to Coin Dance data.

The Bitcoin boom in the country seems to be related to the protests, as a look at other trouble spots in the past shows. Also in Venezuela or Zimbabwe, the trading volume of the cryptocurrency had coincided with political problems of the countries – many people wanted to secure themselves and brought their Fiat money on the crypto market “in security”.

Many of Hong Kong’s seven million inhabitants seem to be open to digital assets, which is probably also because numerous crypto trading centres have settled there. A study by Crystal shows that Hong Kong, along with the USA and Singapore, is one of the countries with the most crypto exchanges.

An end to the protests in Hong Kong is currently not in sight. This was triggered by a draft law which allows Hong Kong residents to be extradited to mainland China in the event of an offence for their trial. However, China’s judiciary is not considered to be impartial, and many Hong Kong citizens feared that they would be victims of political persecution. Although the bill has been put on ice for some time, the protests are continuing because there is more at stake: the inhabitants of the Chinese special administrative region are demanding the resignation of the government and subsequent free elections. There is also to be an independent investigation into police violence, and the release of detained demonstrators is also part of the list of demands.