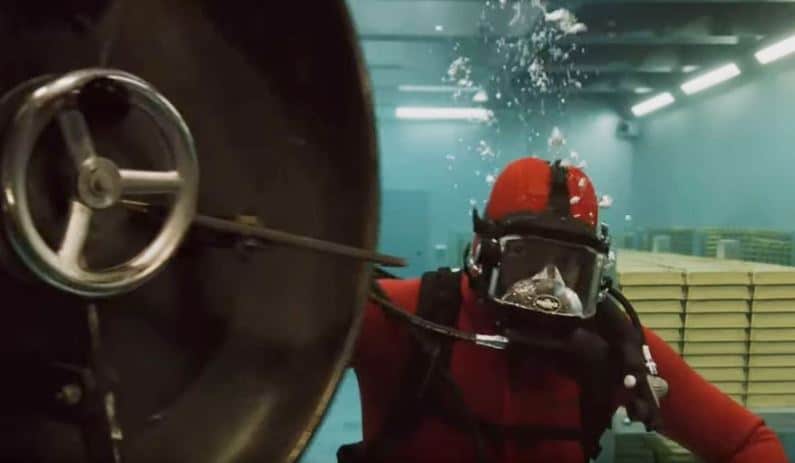 The international central banks are reacting to the consequences of the corona crisis with a flood of liquidity. However, the measures designed to boost the economy in the short term and support companies and consumers will not only have positive effects in the medium to long term.

The corona pandemic has plunged the global economy into massive chaos. To mitigate the consequences, the central banks have reacted in recent months with liquidity aid, in some cases on an exorbitant scale never seen before. With potentially fatal consequences.

The corona shock has put the European Central Bank in a difficult situation. Even before the economy in many regions of the world was massively shut down to stem the spread of COVID-19, the central bankers had used up much of their monetary policy powder. The key interest rate for the eurozone has remained at the historic low of 0.0 per cent since 2016. Around a year ago the ECB, then still under the leadership of Mario Draghi, had already declared that the low interest rate level would probably be maintained at least until the first half of 2020. But conditions deteriorated in the following months: The trade dispute between the US and China weighed on the economy, the uncertainties surrounding Brexit added to the situation, and worries about recessionary tendencies also made the rounds. The first half of the year is now almost over, and the ECB was unable to relieve the additional corona-induced shock in March, which nobody had expected last year, by a further reduction in key rates.

The ECB was also unable to turn the interest rate on bank deposits in spring: This had only been tightened in September and lowered to -0.5 per cent, meaning that banks are already paying penalty interest when they park their money at the ECB. However, many observers doubt whether this is a suitable instrument to boost lending to consumers and companies.

To support the economy, nevertheless, the currency guardians had to resort to other measures accordingly. The bond purchase programme, which had already been terminated but was resumed in November 2019 – around three months before corona came under massive public scrutiny in Europe – was massively increased to 120 billion euros by the end of 2020. Besides, the Pandemic Emergency Purchase Programme was initiated – the PEPP bond purchase programme now has a volume of EUR 1.35 trillion and was extended until at least the end of June 2021. Under the PEPP, the European Central Bank purchases government bonds from eurozone countries, which currently benefits hard-hit economies such as Italy particularly, as a first glance at the PEPP figures shows.

Reason enough for experts to take a critical look at the programme – especially against the background that the Federal Constitutional Court in Karlsruhe ruled in May that the ECB may be exceeding its mandate with the regular bond purchase programme and that the proportionality of the purchases, in particular, must be sufficiently emphasised.

Specifically, he accuses the monetary watchdogs of “financing the new debt of the euro states with the electronic banknote press”. A limit on the national debt was suspended for the time being in March. “Every euro country now has a special incentive to incur a lot of new debt, especially since the ECB has also set lending rates at or below zero,” Polleit continued.

Against this background, the ECB’s policy is also having a significant negative impact on the bond market, which recently prompted non-fiction author Marc Friedrich to make concrete accusations against the European Central Bank in a guest article for the “Focus” magazine. “Have the central banks of the world stopped thinking in general? There is no other explanation for the desperate measures and the gigantic central bank experiment. By 2022 the interest rate will be zero per cent. In my opinion, it will even tend to sink into the negative range. But if government bonds also fall to minus two to three per cent, then the central banks will have to raise interest rates and then there will be a layer in the pit, then we will see deflation that has washed away,” warns the market expert. The money orgy that has already distorted, “almost destroyed” the entire bond market, criticises Friedrich. “For it is just as historic that 90 per cent of government bonds are quoted below one per cent. Farewell to old-age provision, ahoy bank and insurance deaths!”.

But regardless of the negative consequences that are already to be expected, the guardians of the currency will probably have to dig even deeper into the monetary policy bag of tricks. For so far, the measures adopted have not had sufficient effect. Consumers are still exercising restraint, which is hardly surprising given the short-time work measures and the loss of many jobs. ECB Executive Board member Fabio Panette announced in the French newspaper “Le Monde” that the ECB intends to make the already very loose monetary policy in the corona crisis even more generous. Given the strong headwinds for the economy, “powerful measures” were called for. According to the paper, there has also been talk of buying certain corporate bonds.

Fed is leading the way

The European Central Bank would thus follow its US counterpart. Earlier, the Federal Reserve had given the go-ahead for the purchase of corporate bonds, one of the measures used to contain the effects of the pandemic. Specifically, the Fed wants to take up to 250 billion US dollars to buy corporate bonds under the so-called SMCCF program. The programme complements the purchases already underway by exchange-traded funds (ETFs) that purchase corporate bonds.

In any case, the US Federal Reserve has initiated an even more extensive emergency program than the European Central Bank. First, the key interest rate was reduced in two significant steps to almost zero per cent. At the beginning of March, the key interest rate was still between 1.50 and 1.75 per cent. Also, securities were purchased on an unprecedented scale, and numerous credit programs were launched to support the economy. As a result, the Fed’s balance sheet – an indicator of its intervention in the crisis – has expanded to an alarming record level of USD 7.2 trillion. This corresponds to more than a third of the annual economic output of the USA.

Consequences not yet foreseeable

The intention of the guardians of the currency is clear: the liquidity glut is to prevent deflation. The ECB has issued an inflation target of 2 per cent for the eurozone – but it had continuously moved away from this target since November 2019 – despite low interest rates. The resumption of the bond purchase programme brought apparent success at first – the inflation rate rose from 0.7 per cent in October 2019 to 1.4 per cent in January. However, the virus crisis destroyed the achievements in the meantime: In April 2020, the inflation rate was 0.3 per cent – despite the large measures by the European Central Bank. Consumers held back on spending, and even companies were reluctant to invest amid a lockdown, collapsed supply chains and uncertain prospects.

It remains uncertain whether the historically unique measures taken by the ECB will take effect. It is possible that a deflationary spiral cannot be prevented, and this will depend in particular on whether business and consumer confidence in a robust economy can be restored.

But what if the ECB is too successful? The central bankers are bringing money into circulation on a massive scale and thus risking a depreciation of money. Many investors are already protecting themselves from the consequences of a possibly excessive ECB policy, which is particularly evident in the increasing demand for gold investments. But also cryptocurrencies are more and more on investors’ radars and are being used as a hedge against depreciation of value.

The success of the measures will depend on whether both production and consumption will regain momentum when the corona-based lockdown arrangements are eased worldwide. In addition to the currency guardians, the countries themselves have also launched economic stimulus programmes, some of them on a gigantic scale – in Germany alone, the package of measures for 2020 and 2021 is worth 130 billion euros. However, the country will have to take on new debt in return.

In Italy in particular, the debt situation looked bleak even before corona. The collapse of the critical tourism business is only one of the factors that make the situation for Italy increasingly precarious.