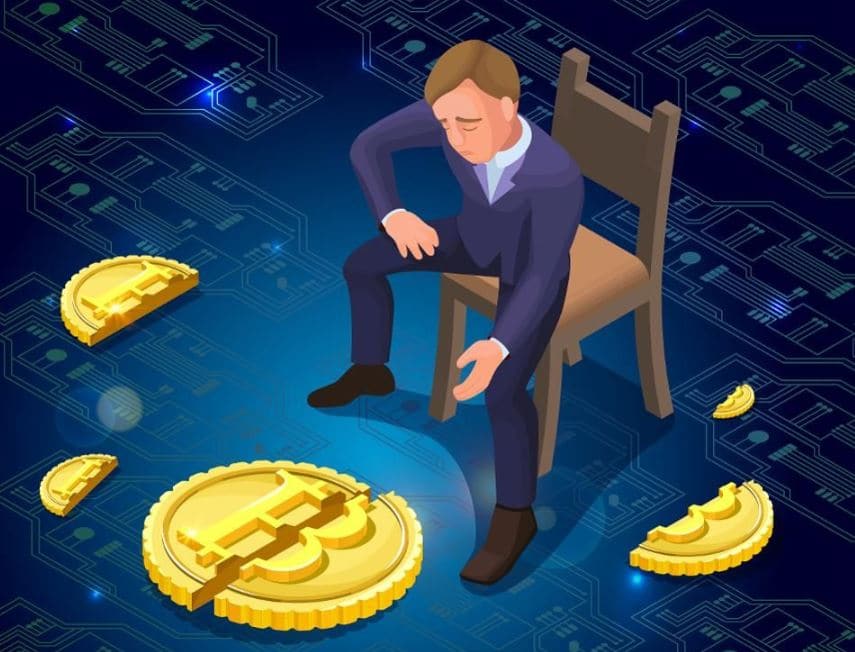 He has appointed himself the creator of the Bitcoin: Craig Wright. Several times in the past, he publicly claimed to own more than a million coins of the first-mover cryptocurrency. Now a US court sentenced him to hand over half of it to the heirs of his former business partner. Let’s look at the background.

More than once, Craig Wright has caused a stir in the crypto world. In 2015 he claimed to be the first Bitcoin inventor known under the pseudonym, Satoshi Nakamoto. Since then he has repeated this claim many times and even registered with the US copyright authorities as to the owner of the copyright to the Bitcoin white paper and the original computer code of the oldest cryptocurrency. In addition, he created another digital asset: Bitcoin Satoshi Vision, short Bitcoin SV or BSV. In his opinion, this would fulfil the real benefits of Bitcoin, as the oldest cryptocurrency would have moved too far away from its original idea.

Nevertheless, due to a lack of credible evidence in the crypto community, there is considerable doubt as to the credibility of Wright’s claim to be behind Satoshi Nakamoto. Whether it is true, however, could soon come to light.

In the past, the supposed Satoshi Nakamoto had repeatedly stated that he has a fortune of over a million Bitcoins at his disposal, which he had acquired through early prospecting when the cyber device was still in its infancy. These are deposited in a trust fund, also known as the “Tulip Trust”, owned by an IT firm called W&K Info Defense Research. Wright founded this IT company together with his business partner at the time, Dave Kleiman, who has since passed away. Along with him, Wright, the self-proclaimed Satoshi Nakamoto, wants to have mined the incredible number of coins between 2009 and 2011, as Modern Consensus reports. However, Wright has not yet touched the fund in order not to throw the crypto market out of its already fragile equilibrium. If such an amount of coins were to be sold all of a sudden, this would result in a massive and sudden fall in the value of Bitcoin, Wright said.

Trade with the Best Brokers for Cryptocurriencies

What’s the litigation about?

Last year, the brother of the late business partner Wright, Ira Kleiman, sued the alleged Bitcoin inventor for half of his trust fund assets. After all, his brother would have been entitled to half and his heirs after his death. If Wright had lied and had no assets at all, he would have gambled a lot with his claim.

In the court case, which began in 2018, a district court in the US state of Florida has now pronounced a verdict. A judge sentenced Wright to transfer half of his Bitcoins mined before 2014 to the heirs of his former business partner Dave Kleiman. But that’s not all. During the trial, Wright presented forged documents to prove that he was the sole owner of the assets. However, these were exposed as forgeries, whereupon Judge Wright found guilty of perjury and forgery.

What does the verdict mean for the Bitcoin course?

The verdict has some interesting implications for the crypto world. If Wright had told the truth and actually had more than one million Bitcoins at his disposal, about 500,000 coins would have to change hands: a transaction that would have a massive impact on the Bitcoin rate. In addition, 40 per cent inheritance tax will also be payable on the heirs. As the current Bitcoin price is in the billions, the heirs are likely to be forced to throw at least a portion of the Bitcoins awarded onto the market, which in turn will have a massive impact on the Bitcoin rate.

In the crypto world, the ruling was reported in detail, but there was no panic on the crypto market, which suggests that only a few Bitcoin supporters assume that a massive fall in prices is imminent. British crypto expert Peter McCormack even went so far as to bet $10,000 that Wright could not move the Bitcoins associated with Satoshi Nakamoto within a year.

Dr Wright, on the other hand, had announced in an interview with Modern Consensus shortly after the verdict that he would comply with the court’s request.

However, as n-tv quotes the US judge responsible, he made it clear that the ruling still did not clarify whether Craig Wright was actually the Bitcoin inventor Satoshi Nakamoto: “I do not have to decide, and I will not decide whether Dr Wright is Satoshi Nakamoto. I don’t have to decide, and I won’t decide the number of Bitcoins that Dr Wright controls today”. An exact amount is therefore not fixed.