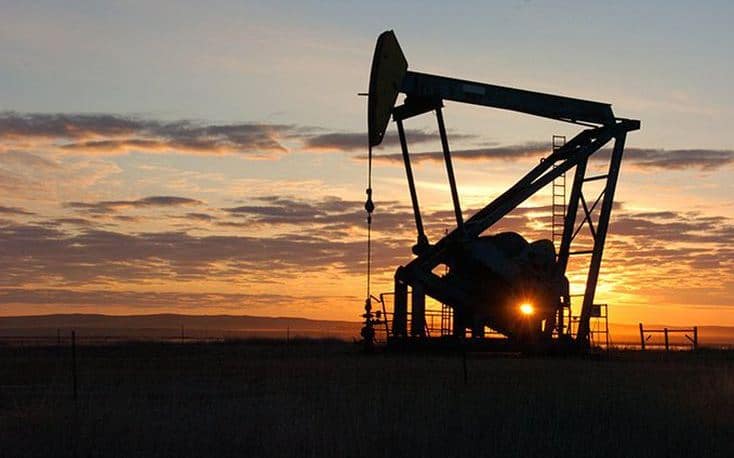 Most people are seemingly helpless in the face of rising oil prices. Fuel oil is becoming more and more expensive, and so is gasoline and diesel. We accept it because we have no other choice. We, as investors, however, are everything else than defenseless or hopeless. It is no witchcraft to profit from rising crude oil prices. And it is also possible to intensify the advantage of falling oil prices by being active on the short side.

With this article, we first want to show you what you need to know about crude oil. Then we look at ways to take advantage of the fluctuations in oil prices instead of having to take a disgruntled look at them at the gas station.

All you need to know about crude oil

Even if alternative energies are becoming more and more of interest: Crude oil continues to be the backbone of energy supply worldwide. If there are shortages of copper or aluminium, wheat or maize, this is problematic. If crude oil becomes scarce, it is more than that: it is fatal.

The importance of the raw material oil is particularly high. On the one hand, it cannot be extracted everywhere, so that many countries are dependent on its import. On the other hand, it has military-strategic significance. Many wars have already been waged over oil. And politicians and investors are following developments in the producing countries and the oil price itself with equal attention. What should we, as retail investors and traders, know about this topic?

Crude oil is expressed in barrels, which is simply a tradition as crude oil used to be transported in barrels. In terms of crude oil (there are many traditional units of measurement, just like miles in barrels) one barrel of crude oil corresponds to 159 litres.

The base currency of oil

Like all raw materials, crude oil is always settled, in US dollars. This is the only way to ensure that prices are comparable worldwide, and the only way for producers, refineries and logistics to calculate and compare suitably. For the end consumer, on the other hand, the fact that crude oil is calculated in US dollars plays a vital role outside the US dollar zone. Here’s why, in one example:

READ ALSO
Platinum Trading - All you need to know!

Of course, this also works vice versa. So, if dollar prices would appreciate against a particular currency and the oil prices would rise at the same time, people paying in another currency than US dollars would have to pay even more for oil.

There is a whole range of different kinds of crude oil, which differ in their composition and the possibilities of processing. For direct investments in oil, two types are the most common: The US oil variety Light Sweet Crude, also known as WTI (West Texas Intermediate), and the North Sea oil variety Brent Crude (Brent Crude Oil). Although these two main varieties often have a price difference, the basic movements are almost always the same. This means that it is not decisive in which variety one trades if one wants to turn to the oil price itself as a trading basis.

In the 1970s, it was still assumed that the price of oil could only ever rise because reserves would dwindle, and demand would continue to grow at the same time. But it turned out that the oil reserves are much larger than feared at that time. At the moment we cannot assume that we will run out of oil in the coming decades. Even if the times in which a barrel of crude oil was available for ten US dollars are probably over in the long run, there are still heavy fluctuations. These extreme spikes and dips are especially attractive for those looking for trading opportunities.

How to trade with crude oil

Trading with crude oil is easy because the selection of possible instruments is just as varied as if you wanted to trade indices, gold or Forex. There is a choice between all types of derivatives, i.e. futures, options, CFDs, warrants and certificates. It is also possible to track oil price movements via an Exchange Traded Fund (ETF).

As is the case with all commodities, but ultimately also equities, the fundamental framework conditions such as the development of production volumes, OPEC measures or political influences are fundamentally important. However, the development of supply and demand on the stock exchange, and the oil price itself is what counts most for the price. And this is determined less by rising or falling demand from end consumers than by traders. As a result, seasonality hardly plays a role any more when it comes to crude oil prices. Only because it is slowly getting colder in the autumn, and oil consumption is increasing, the cost of oil on the stock market does not have to rise.

Here one should act just as consistently based on chart and market signals as in the other segments of the stock market. Keeping a close eye on political news and market sentiments are the most important factors.

As with gold or other commodities invoiced in US dollars and US equities, the ups and downs of the euro, sterling, etc. against the US dollar play an additional role. If oil rises and the US dollar falls at the same time, this slows down the price gain if, for example, a crude oil call certificate is held in Germany, the UK, etc. because it is bought and sold in euros, sterling, etc. But if oil prices rise and the dollar also rises, you have an additional lever that intensifies the profit even more.

Equities in the crude oil sector

But you don’t necessarily have to rely directly on the oil price itself. It would also be possible to put together a small portfolio of stocks related to crude oil.

Of course, it also makes sense for oil stocks to have a positive trend in the oil price behind them. The higher the oil price, the higher the companies’ profit margin, because the costs for production and transport fluctuate less and more slowly than the market price. However, there is no harm in taking a look at two other aspects beforehand:

First, the company should be among those that have been established in the market for decades and have a solid dividend to offer. Secondly, it is helpful if the political situation supports the company rather than slows it down. US oil companies, for example, currently look interesting because the current US government aims to promote the oil industry with a view to safeguarding and to expand jobs on the one hand and achieving independence from oil imports on the other.

Before building up a portfolio, therefore, taking a close look at the individual companies is essential. We should always pay attention to technical analysis, indicators and the chart technique. It offers the decisive signals that indicate when a right moment would have come to invest in a share.